'The Sentinel in Winter' Used in Permanent 2016 website Illustration

I find myself swimming

Swimming in a pool of light"

"Art is the music of the soul

A means to express the beauty

of a moment in time" 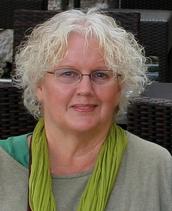 PAGEANT  OF  THE  MASTERS

A native of Southern California, Kris Lael Temple  grew up in La Habra, in Orange County, CA, and later settled in Modjeska Canyon. There she raised 2 sons and continues to reside with her husband among the native oaks and sycamores surrounded by Cleveland National Forest.

​Kris is a self-taught artist. Her mother was an artist and founding member of the La Habra Art Association, and so she was exposed to the rewards of creating and enjoying art at a very early age. She was given her first oils and a canvas board while quite young, and there began a lifetime love of oil painting. While keeping up with her art, Kris additionally spent many years in the workforce, eventually retiring from a career with the County of Orange Social Services Agency.

Kris began winning awards for and selling her work before graduating High School, and exhibited by invitation for many years during the '70s and '80s at the Hillcrest Annual Art Festival in Whittier, CA. She has won numerous awards over the years in various Southern California venues, including two 'Best of Shows' in the 1970s, and had a painting juried into the top 200 in the nation in the 1992 Arts for the Parks competition.

RECENT HONORS AND AWARDS INCLUDE :​

Kris's art is greatly influenced by a love of the natural world​ and she is drawn to paint subjects from the world around her that evoke a sense of beauty and wonder. A central focus for her work is color, as she continues to be fascinated by the challenges and mysterious ways colors, tones and values shift their relationships to one another with even the most subtle of changes.  Kris is also drawn to explore the effects of light and shadow, textures and patterns, and while her principal subject matter is from life, she continues to enjoy experimenting, often taking plenty of artistic license.

Kris finds the challenges of plein-air painting to be especially  exhilarating. The fast and loose approach with this can be very exciting and she believes there is always something new to see, and to learn from.

The work Kris does is predominately in oils and, in addition to the more traditional concept of blending colors directly on the canvas, over the years she has developed a technique she enjoys of painting in layers. She often works at layering various and contrasting colors in translucent glazes as well as having initial colors show around the edges of subsequent layers. This in turn allows her to work more with pure pigments giving the colors greater brilliance and, overall, provides an effect that she finds stimulating and enriching.​​​

Overall in her work Kris values discovery, mastery and personal growth, and feels very fortunate to be on such a beautiful and creative path at this time of her life.​​

LIMITED EDITION REPRODUCTIONS OF MUCH OF THE ART ARE AVAILABLE FOR PURCHASE AS FINE ART GICLEE (zhee-KLAY) PRINTS ON HIGH QUALITY CANVAS AND PAPER: